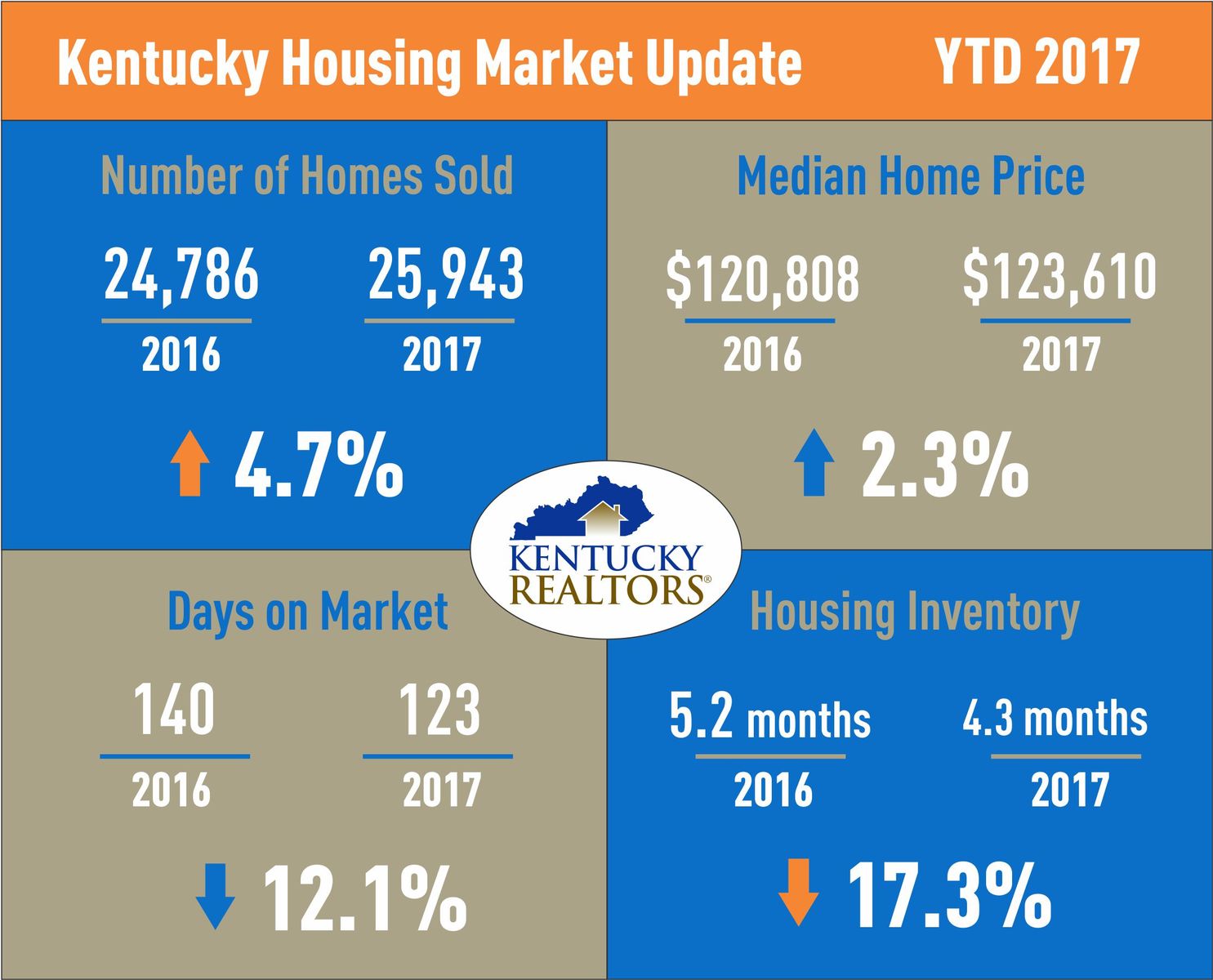 “The market is very active with the homes available going very quickly if they are priced correctly,” said Mike Becker, president of Kentucky REALTORS®. “Supply is certainly low but homes continue to move once they come up for sale.” 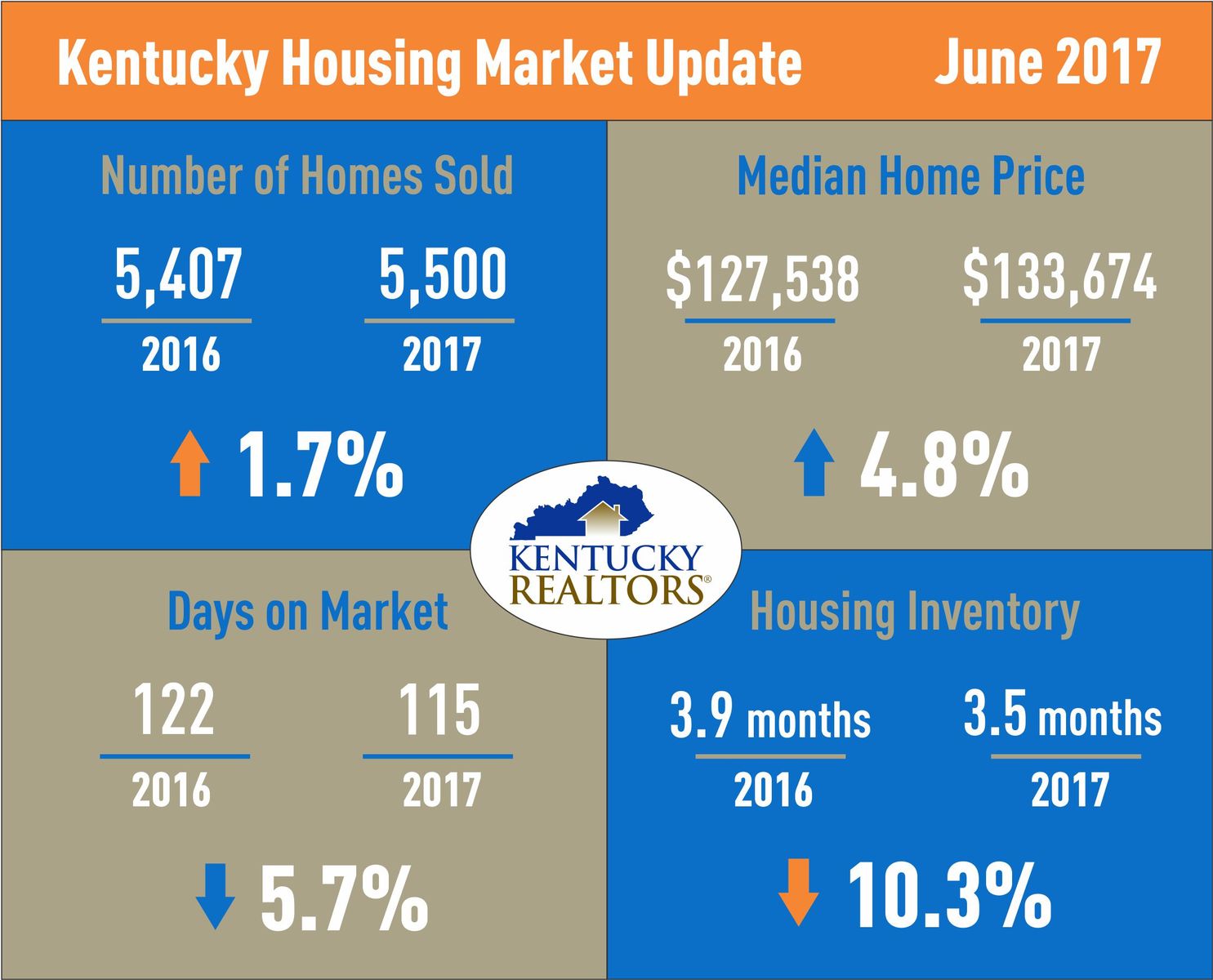 In June, total home sales hit 5,500 which was an all-time high for the month, increasing 1.7 percent over June 2016. The median price for the month reached $133,674 which was another record month, the highest it’s ever been for a single month in Kentucky. This resulted in only the third time that total sales volume broke $1 billion in a month (June 2016 and May 2017) but this month set a new record at $1.08 billion.

On the national front, home sales slipped in June by 1.8 percent due to a lull in contract activity over the past three months although home prices increased 6.5 percent. The decline in home sales, according to Lawrence Yun, chief economist for the National Association of REALTORS®, were due to the low housing supply and price growth experienced across much of the country. He added that the demand for buying a home is as strong as it has been since before the Great Recession and the good news is “sales are still running slightly above last year’s pace despite the persistent market challenges.”

“I am encouraged by the overall performance of Kentucky’s housing market in 2017,” stated Becker. “Housing starts are up, nationally, compared to a year ago. In the southern states, which includes Kentucky, single family housing starts are up over the same period in 2016 by more than 10 percent. As these homes are completed, the market should be stimulated with a ripple effect of sellers moving up, and creating a greater availability of homes on the market. Coupled with interest rates that continue to hold below 4%, we look forward to a strong finish for the year.”

Kentucky REALTORS® is one of the largest and most influential associations in Kentucky. Founded in 1922, Kentucky REALTORS® represents more than 10,400 REALTORS® who are involved in all aspects of real estate, including residential and commercial real estate brokers, sales agents, developers, builders, property managers, office managers, appraisers and auctioneers.

Kentucky and Ohio RPAC Major Investors will have exclusive access to the Cincinnati Reds vs. Boston Red Sox game on Sunday, September 24. The baseball game leads off what promises to be four days of fun and excitement occurring throughout the first-ever joint Annual Convention & EXPO in Cincinnati, being held September 24-27.

RPAC Major Investors (members that have invested $1,000 or more in the 2017 RPAC campaign) will enjoy food, drinks and a rematch of the memorable 1975 World Series from the private comfort of Great American Ball Park’s Machine Room Grille, which is being reserved solely for REALTORS from the Buckeye and Bluegrass states!

NOTE: When registering, make sure to identify as a “Major Investor” and you’ll be provided the opportunity to secure your complimentary ticket, as well as purchase guest tickets ($65).